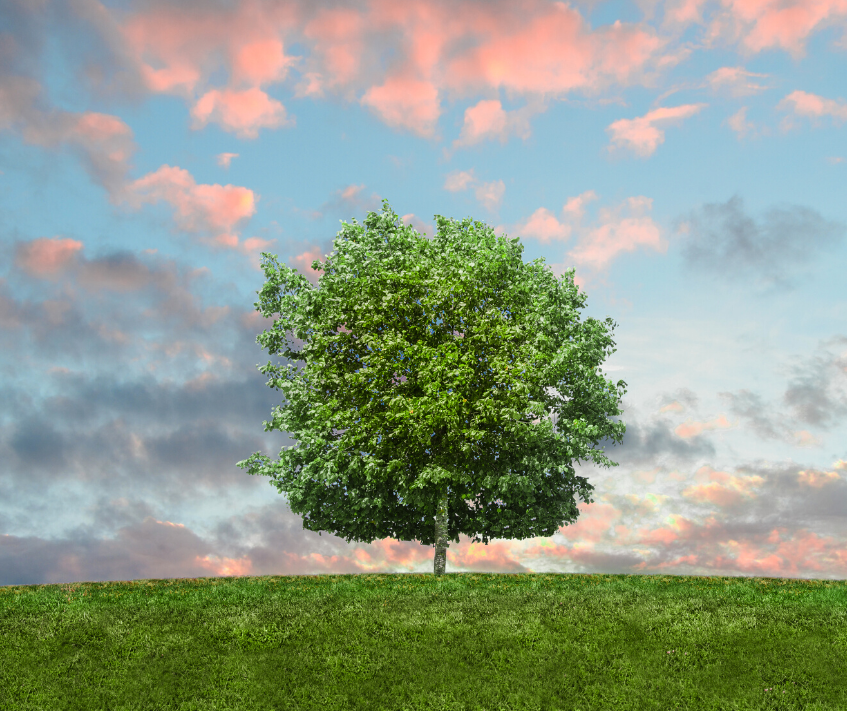 Reimagine, recreate, restore: World Environment Day 2021 challenges us to reflect on the impact human activity has had on our Earth, while committing to restore our planet’s environment and natural resources. The World Environment Day 2021 theme, “Reimagine, recreate, restore”, is a fitting theme to accompany the 2021 UN launch of “UN decade on ecosystem restoration”: a 10 year plan on stopping and reversing the degradation of Earth’s ecosystems.  Created in 1972 by the United Nations General Assembly and first celebrated in 1974, World Environment Day aims to inspire people to take action against environmental degradation in the hopes of slowing and reversing the damage humans have done to Earth’s environment.

What is environmental degradation?

Environmental degradation is the deterioration or destruction of ecosystems caused by severe changes to the environment, such as: depletion of natural resources (e.g., soil, water), pollution, loss of wildlife, or temperature change. Unfortunately, environmental degradation is largely caused by human disturbance. The significance of the impact humans have on the environment rapidly increased following the 19th century Industrial Revolution; as technology led to newer, more efficient manufacturing processes, the demand for natural resources and population growth boomed.

Over the past two centuries, we’ve experienced loss of biodiversity, wildlife extinction, depletion of freshwater, and drastic change in climate temperature.  A 2020 study done by the World Wildlife Fund found that 68% of vertebrate wildlife has been destroyed by human activity since 1970. Similarly, a 2019 report published by the United Nations IPBES speculates that roughly one million species of plants and animals are at risk of extinction due to environmental degradation from human activity. Now, we are facing the daunting challenge of restoring serious environmental degradation across the planet.

What is being done to help?

While environmental restoration seems like a formidable task, it is not beyond our reach! Already, individuals, companies, and governments around the world are making an effort to protect and restore our environment. Awareness and importance of environmental degradation has increased not only in the past few decades, but in the past year. A 2020 survey conducted by the Boston Consulting Group (BCG) found that 70% of survey participants are more aware of the impact human activity has on the environment (following a reduction in normal human activity during 2020) than they were previously.

The BCG report continues: “More than two-thirds of respondents think that economic recovery plans should make environmental issues a priority. The crisis is driving change at the individual level, too, with 40% reporting that they intend to adopt more sustainable behavior in the future. Among the top actions people are doing more consistently are reducing household energy consumption, increasing recycling and composting, and buying locally produced goods.”

Companies are also re-evaluating their external and internal processes to be more sustainable. According to a 2010 study done by Xeros, the number of U.S. businesses with formal green programs increased 54% from 2009; a percentage that’s increased in the past decade. The two most commonly implemented sustainability measures are a reduction of waste and energy through small changes like turning off computers and lights at night,  and an increase in working from home to encourage a reduction in gas and resources. The drive for more green initiatives in companies stems from both an increase in consumer purchases being driven by a desire to support companies with sustainable practices, and the recognition that environmental restoration will take efforts at every level.

World Environment Day reminds us of both the damage we’ve caused to the Earth while encouraging us to promote positive environmental change. We can’t completely erase the past deterioration humans have done  to our environment, but we can still restore our world for the better. The World Environment Day 2021 mission statement says it best:

“This is our moment. We cannot turn back time. But we can grow trees, green our cities, rewild our gardens, change our diets and clean up rivers and coasts. We are the generation that can make peace with nature. Let’s get active, not anxious. Let’s be bold, not timid.”